There are several abortion methods used to end a pregnancy. If you’re thinking about abortion, we can help answer your questions. Assure does not perform or refer abortions.

Within 4 to 10 weeks after conception, as recommended.
This drug is only approved for use in women up to the 70th day after conception. The procedure usually requires three office visits. On the first visit, the woman is given pills to cause the death of the embryo. Two days later, if the abortion has not occurred, she is given a second drug which causes cramps to expel the embryo. The last visit is a follow-up ultrasound to determine if the procedure has been completed.

RU486 will not work in the case of an ectopic pregnancy. This is a potentially life-threatening condition in which the embryo lodges outside of the uterus, usually in the fallopian tube. If not diagnosed early, the tube may burst, causing internal bleeding and in some cases, the death of the woman.

Between 6 to 14 weeks after last menstrual period.
This is the most common surgical abortion procedure. Because the baby is larger, the doctor must first stretch open the cervix using metal rods. Opening the cervix may be painful, so local or general anesthesia is typically needed. After the cervix is stretched open, the doctor inserts a hard plastic tube into the uterus and then connects this tube to a suction machine. The suction pulls the fetus’ body apart and out of the uterus. The doctor may also use a loop-shaped knife called a curette to scrape the fetus and fetal parts out of the uterus. (The doctor may refer to the fetus and fetal parts as the “products of conception.”).

Between 13 to 24 weeks after last menstrual period.
This surgical abortion is done during the second trimester of pregnancy. At this point in pregnancy, the fetus is too large to be broken up by suction alone and will not pass through the suction tubing. In this procedure, the cervix must be opened wider than in a first trimester abortion. This is done by inserting numerous thin rods made of seaweed a day or two before the abortion. Once the cervix is stretched open the doctor pulls out the fetal parts with forceps. The fetus’ skull is crushed to ease removal. A sharp tool (called a curette) is also used to scrape out the contents of the uterus, removing any remaining tissue.

From 20 weeks after last menstrual period to full-term.
This procedure takes three days. During the first two days, the cervix is stretched open using thin rods made of seaweed, and medication is given for pain. On the third day, the abortion doctor uses ultrasound to locate the legs of the fetus. Grasping a leg with forceps, the doctor delivers the fetus up to the head. Next, scissors are inserted into the base of the skull to create an opening. A suction catheter is placed into the opening to remove the brain. The skull collapses and the fetus is removed.

Assure can also help with Abortion Pill Reversal. If you have taken an abortion pill and need it reversed, contact Assure Immediately.

If you’re thinking about finding an abortion clinic, it is important to remember that abortion is a medical procedure. What type will you have? What are the risks? You deserve to know the facts. You owe it to yourself to make an informed decision.

We know exactly how you feel and you’re not alone. Many of our staff have been where you are. If you’re considering abortion, you need to know:

We can help you understand your choices and your pregnancy, discuss your health and explain your abortion options.

You have lots of choices with adoption. Will it be open or closed? Will it be private or will you use an agency? You are in the driver’s seat when making an adoption plan and there are lots of things to consider if you:

In today’s adoptions, you can know your child and be a part of your child’s life. You can have the peace of knowing your child is loved and cared for by the couple you choose.

Assure Pregnancy Clinic does not facilitate adoptions, we are able to provide you with referrals to organizations and attorneys that we trust. We can help you understand your adoption option.

You may have more questions than answers about parenting, or maybe the thought of becoming a parent seems impossible to you at this time. We’ve talked to hundreds of clients who are concerned about things like this:

Here at Assure Pregnancy Clinic, we recognize the importance of responsible parenting and want to encourage parents to be caring and motivated. Our Bridges Parenting Education and Support program lets parents know that they are not alone and that they can rely on us for many resources and emotional support. It is our goal that parents will allow this educational experience to benefit their children’s lives as well as their own.

We can talk about this option with you so you can decide if parenting is right for you.

Learn about our Bridges Parenting Program

Abortion is rarely just a simple procedure; it may have many side effects. Abortion has been associated with preterm birth, and emotional and psychological trauma. Contact the health professionals at Assure with any questions so that you can make an informed decision.

Assure Pregnancy Clinic provides information regarding abortion risks, however, we do not provide abortions or referrals to obtain them. 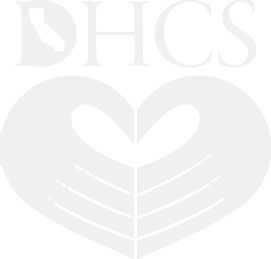